Russia has eased fears ahead of the 2018 World Cup by delivering a friendly, organised dress rehearsal – but the hosts are still lacking a competitive teamThe Confederations Cup is drawing to a close, and overall Russians will feel pleased at how the eight-team warm-up tournament has gone – except for the performance of the home team. On Sunday evening, Germany take on Chile in the late sunlight of a St Petersburg summer evening, and then that will be it until 14 June next year, when the Fifa circus descends on Russia for the main event. Related: Leon Goretzka drives Germany past Mexico into Confederations Cup final Continue reading...

We must teach fans about discrimination before World Cup, says Smertin

The former international star, who is in charge of combating racism in Russian football before the tournament, is encouraged by the hosts' progress 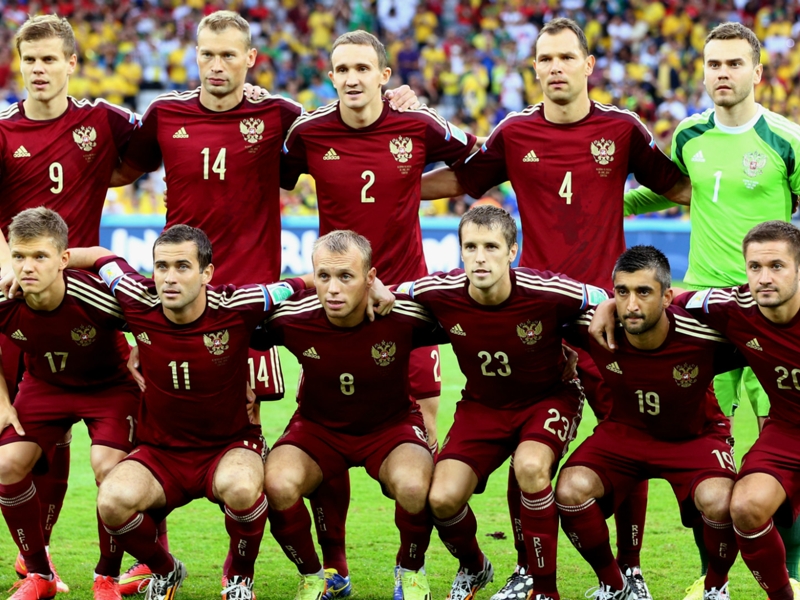 Surely it is no surprise that even football maybe tainted in Russia? | Sean Ingle

Fifa must finally flex its muscles and deprive Russia from staging next year’s World Cup if the investigation into possible doping offences by the country’s 2014 World Cup squad prove to be trueOf course there were denials. There are always denials. It is part of the dance, the fast‑paced barynya, when it comes to Russia and doping allegations. No sooner had the Mail on Sunday revealed that the country’s entire 23-man squad for the 2014 World Cup was under investigation by Fifa for possible doping offences, than its deputy prime minister, and chairman of 2018 World Cup Russia, Vatily Mutko, put up the shutters. “There have never been and will never be any problems with doping in our football,” he said. “They have written some sort of nonsense.” He was similarly dismissive about allegations about doping in Russian athletics in 2013. So it goes.This, of course, is the same Mutko that a World Anti-Doping Agency investigation found might have personally intervened to cover up a failed drug test by a banned foreign footballer, which meant the sample was never declared positive and he was free to keep playing. And the same Mutko who was Russia’s sports minister during the period when the Canadian law professor Richard McLaren found that more than 1,000 elite Russian athletes across 30 sports had benefited from a state-sponsored doping programme. Strangely it did not harm his political career. In fact he was promoted. Related: Russia’s entire 2014 World Cup squad face Fifa doping investigation Continue reading...

• Investigators deem all 23 players in Russia’s 2014 squad ‘people of interest’• 34 Russian footballers in total are among 1,000 individuals being looked intoRussia is at the centre of another doping scandal after it emerged the country’s entire 23-man squad from the 2014 World Cup is being investigated by Fifa over possible drugs offences. Russia is currently hosting the Confederations Cup and in under a year will stage the World Cup but these allegations are likely to throw its suitability to stage such events into serious doubt.The 23-man squad, who were knocked out in the group stages of the Brazil World Cup three years ago, are among 34 Russian footballers being investigated by football’s world governing body. Five of the 23 players tested in 2014 are members of the squad that was knocked out of the Confederations Cup on Saturday. Continue reading...

• Mexico into semis after hosts Russia throw away lead to lose 2-1• Portugal beat New Zealand 4-0 to earn semi-final spotRussia fought valiantly in Kazan but the hosts could not avoid early elimination from the Confederations Cup, losing 2-1 to Mexico, who join the Group A winners, Portugal, in the semi-finals after the European champions beat last-place New Zealand 4-0 in St Petersburg.Needing a victory to advance from their difficult group, Russia played well and took the lead with a goal by Alexander Samedov in the first half, but the experienced Mexico side equalised with Néstor Araujo before half-time and secured the win early in the second half with a goal by Hirving Lozano after a blunder by the goalkeeper Igor Akinfeev. Continue reading...

Confederations Cup updates as the hosts take on Ronaldo and coReal Madrid’s mixed messages put the ball back in Ronaldo’s courtAnd feel free to email Michael or tweet him @michaelbutler18 11.11am BST How much do you really care about the Confederations Cup? For you, reader, it might be a good way to waste a Wednesday, some light entertainment in between your regular trips to the office water fountain and some FaceTime with the desk fan. It’s hard to see how Portugal are motivated for this one: their players have enjoyed and endured long, hard seasons: they’ve won trophies galore in 2016-17, already secured big money moves to some of Europe’s top clubs and after their remarkable success last summer, the European champs could probably do without another tournament that, at best, will only be a footnote in their careers.For Russia, it is a whole different ball game. They really care about the Confederations Cup. One year until they host the World Cup, off the pitch it is about proving to the globe that their stadiums and infrastructure are ready to host next summer’s tournament. But on the pitch, it matters even more. The Confederations Cup is the only competitive football that they have played since Euro 2016 and the only competitive football that they will play before the World Cup group stages. Every single member of Russia’s squad plays in Russia, and the Confederations Cup is widely seen as the best way to help secure a move this summer, so that their players can play at a higher level before next summer. One of the favourites to earn a move, Fedor Smolov, who scored against New Zealand in Russia’s win over New Zealand on Saturday, has even admitted: “Let’s be honest: the European leagues are better and stronger, and if players are playing on a higher level it means we are better prepared for the national team.” Continue reading... 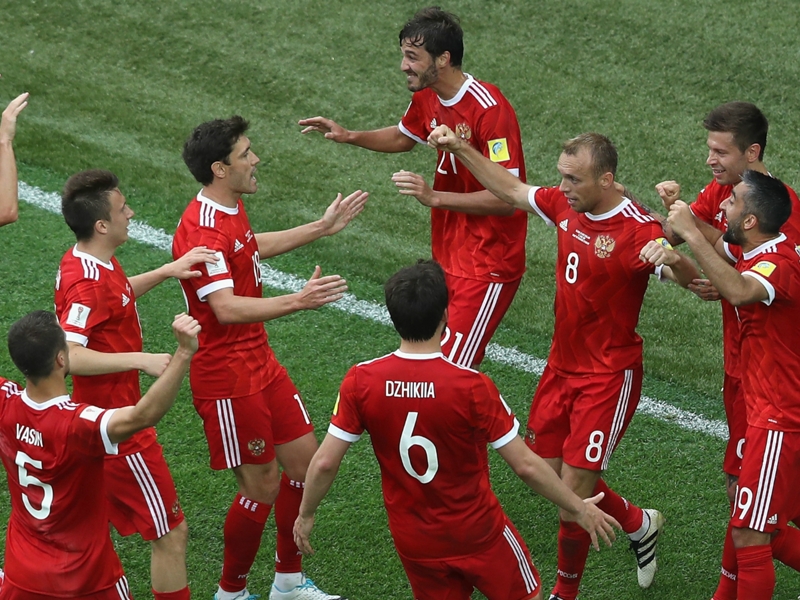 Fedor Smolov sealed a 2-0 win against New Zealand then outlined the hosts’ aim to ‘make the Russian people fall in love with the national team again’The Confederations Cup got under way in St Petersburg on Saturday evening with Russia managing a convincing 2-0 win against New Zealand in front of a roaring 50,000 crowd.With a year to go until the World Cup, the average Russian fan is not worried about potential stadium violence or any of the other controversies discussed in the foreign press. Anxiety is reserved for one thing only: whether the Russian team will put in a respectable performance on home soil. The national side have become something of a laughing stock in recent years and the players are well aware they have a lot to do to win back the affections of the nation before the World Cup starts. Related: Russia 2-0 New Zealand: Confederations Cup 2017 - as it happened Continue reading... 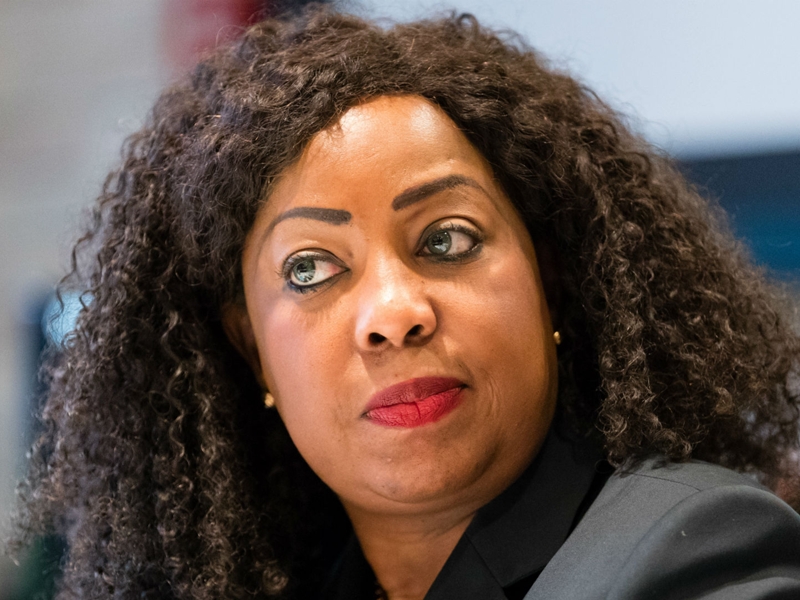 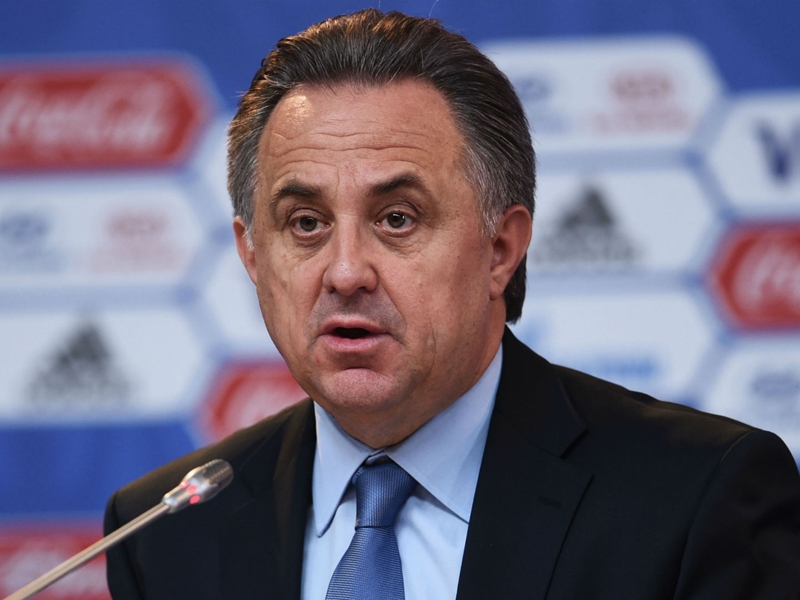 On the eve of the Confederations Cup, senior government minister Vitaly Mutko is adamant his country has taken strong action against racism.