Euro 2017: Holland beat Belgium to qualify as Norway crash out to Denmark

• Belgium 1-2 Holland: hosts win all three games to top Group A• Norway 0-1 Denmark: goal from Katrine Veje sees off 2013 finalistsHolland became the first team to qualify for the quarter-finals of Euro 2017 with a 2-1 win over their neighbours Belgium.The tournament hosts took the lead through their captain, Sherida Spitse, who scored a 27th-minute penalty, before Belgium’s Tessa Wullaert hit a bizarre long-range strike to level the scores, the first goal Holland have conceded all tournament. Related: Euro 2017: Mark Sampson’s England enjoy benefits of thorough homework Continue reading...

• Lukaku has scored in Manchester United’s last two US tour matches• ‘He has his way of playing. He’s a big physical guy and that can be awesome’Romelu Lukaku should not be compared to Lionel Messi but will be a highly successful signing for Manchester United, according to Kevin De Bruyne, his Belgium team-mate. Related: Ederson makes inglorious start as Manchester United account for City Related: José Mourinho says Lukaku still has to prove himself at the highest level Continue reading... 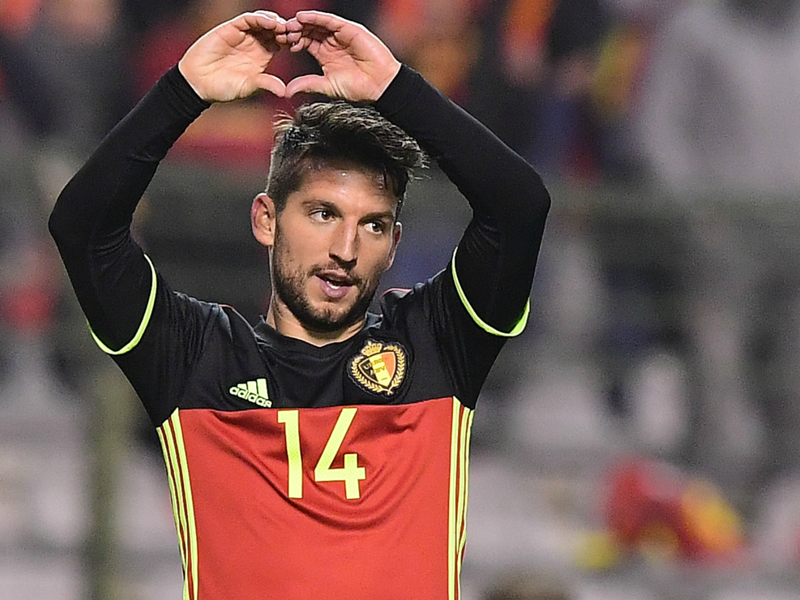 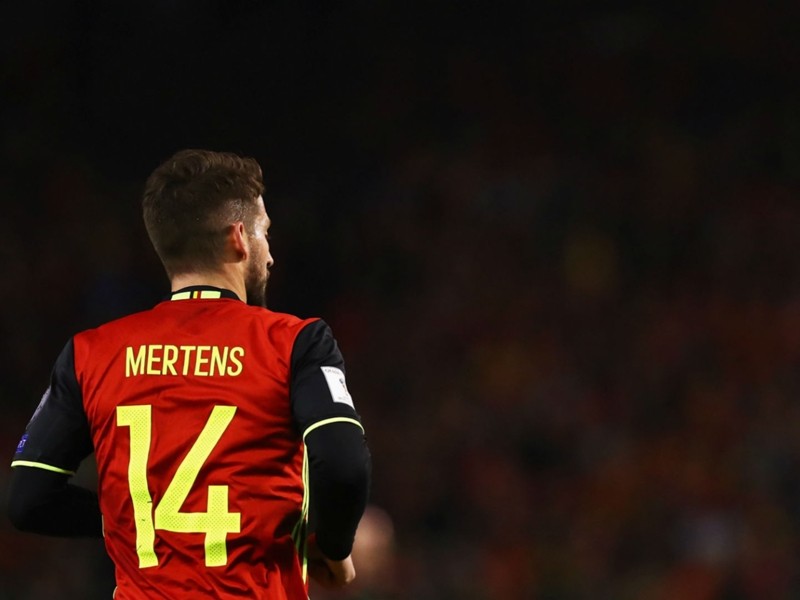 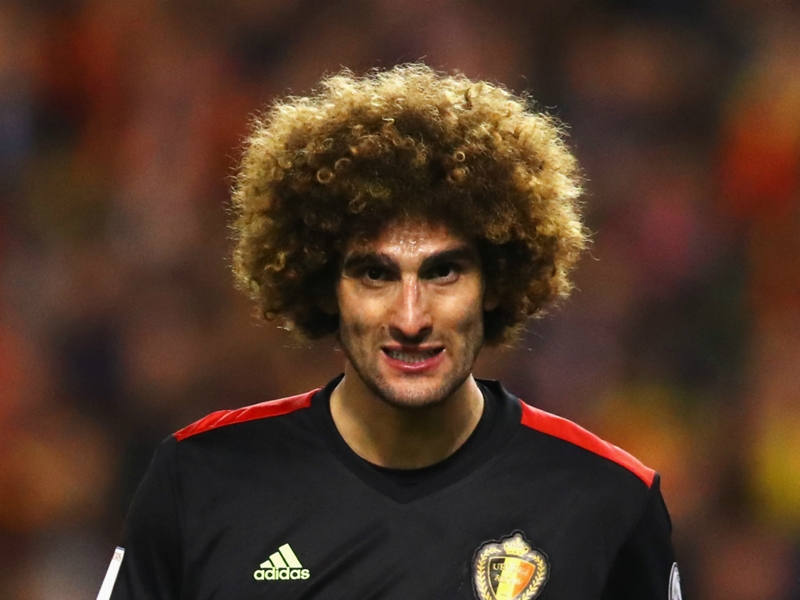 Marouane Fellaini netted a second-half winner to help Belgium to a 2-1 friendly victory over Czech Republic in Brussels.

• Hazard has undergone surgery and faces up to three months out• Forward expected to agree new Chelsea deal in face of Madrid interestChelsea are braced to be without Eden Hazard when they begin the defence of their Premier League title in August after the Belgium forward returned to London to undergo surgery on a fractured right ankle.Hazard suffered the injury when he caught his studs in the turf while shooting in training with Belgian in Tubize on Sunday and had the operation on Monday afternoon having flown back to England. There is some relief that the 26-year-old, who was scanned by the national side and has since been assessed by Chelsea’s medical staff, appears to have suffered only minimal ligament damage. Related: Eden Hazard fractures ankle and refuses to rule out Real Madrid move Everything went well with my ankle operation, now I start the road to recovery! I will be stronger. Thank you for your support!! pic.twitter.com/aokirnytkW Continue reading...

World Cup qualifying Group H updates from the 7.45pm GMT gameLive scores | Results from all of today’s matchesAnd email your thoughts to rob.smyth@theguardian.com 8.03pm GMT 17 min “I’m not really wanting to start anything public on this subject, but whilst I can see your point about Belgium as the time they blew their big moment, it’s more tricky about England about the hype, when we are so inundated with our own media, dissecting it so ruthlessly,” says Drew Goldie. “Was there really a golden generation, or was it just because football because more fashionable and wasn’t just back-page stuff? Perception’s a funny one. Do you know if the foreign press hyped England as potential winners of tournaments from - what, 98 to 2010?”I see your point but I honestly think they did, certainly in 2006 and probably a little either side of them. On paper, Eriksson’s England were extremely good, and most of them were regulars in the later stages of the Champions League. 7.59pm GMT 14 min “Surely the most puzzling omission is Moussa Dembele,” says John Tumbridge. “He has helped drive Spurs to second place at the moment and looked great all season.”Yes I’d have him over Witsel or Fellaini, but Roberto Martinez will have his reasons. I love Dembele. The way he hugs the ball on his left when he runs with the ball is just so damn moreish. 7.59pm GMT 13 min The first chance of the match. Mertens has time on the right and picks out a deliberate deep cross, arrowing it right onto the big, welcoming noggin of Fellaini. For once he makes a mess of a header, mistiming it well wide of the far post. He should have scored, and usually would have done. It was a brilliant cross from Mertens. 7.56pm GMT 10 min “Rob, the Belgians seem to be like a great beer in the making, with all the right ingredients, but that goes flat when poured out at the big occasions,” says Al The Pub Landl Justin Kavanagh. “So researching this, I’ve discovered that beer is given its fizz by being placed in a sealed container under pressure, whereby the beer absorbs the CO2. My conclusion is that Roberto Martinez needs to get his squad together a month before Russia in a Trappist environment and threaten blue murder if they don’t produce the goods next summer. After all, who wouldn’t bubble after a month of Martinez’s non-stop optimism?”Sepp Piontek tried that in 1986, a story told in Danish Dynamite, named by the BBC as one of the five best football books of all time. But what he didn’t know is that Jan Molby had the keys to the secret beer stash, and the greatest Danish team of all didn’t win the World Cup. 7.54pm GMT 9 min Belgium are passing and moving as if they’re on the catwalk. It looks great, to be fair, and I bet they are bloody good in the rondo. In this actual match, almost all of their elegant passing has been in front of Greece. 7.52pm GMT 7 min Breaking nostalgia: Greece won Euro 2004. 7.50pm GMT 5 min “Belgium must be good if they can’t find places for Hazard or de Bruyne,” says Jake Lynch. “Is this some recondite scheme by Roberto Martinez? Or are they injured?”Yep, both injured. 7.49pm GMT 4 min I’m not sure Greece have been out of their half yet. Belgium are swaggering around, moving the ball quickly and confidently. 7.48pm GMT 2 min A fast start from Belgium. Mertens, playing on the left in the absence of Eden Hazard, crosses towards the near post. Kapino spills it but just manages to grab it at the second attempt as Lukaku lunges towards the ball. The Greece defenders weren’t happy with Lukaku’s challenge, though it looked legitimate. 7.46pm GMT 1 min Peep peep! Belgium, in the usual red and black, kick off from left to right. Greece are in white. 7.32pm GMT “Belgium better start delivering,” says Phil Podolsky, “cause their midfield conductor and architect is turning 30 this year.” 7.07pm GMT Belgium (3-3-3-1) Courtois; Alderweireld, Ciman, Vertonghen; Nainggolan, Witsel, Fellaini; Chadli, Mertens, Carrasco; Lukaku.Greece (4-2-3-1) Kapino; Torosidis, Manolas, Sokratis, Tzavellas; Tachtsidis, Samaris; Mantalos, Fortounis, Stafylidis; Mitroglou. 6.54pm GMT A bit of pre-match reading Related: Why Eden Hazard eclipses the N’Golo Kanté cult and is player of the year | Barney Ronay 12.35pm GMT Whom the gods wish to destroy, they first call a golden generation. Belgium are in danger of becoming the disappointment of their generation. They have looked great on paper for a few years now, but all they have managed on the pitch are two tame quarter-final defeats at the World Cup and European Championship.They have replaced England as the team with the highest hype: achievement ratio in world football. It’s not too late to change that, though. They are still a young side - Romelu Lukaku is 23, Kevin de Bruyne 25, Eden Hazard 26 - and most of their squad should have at least two more major tournaments in them. Continue reading... 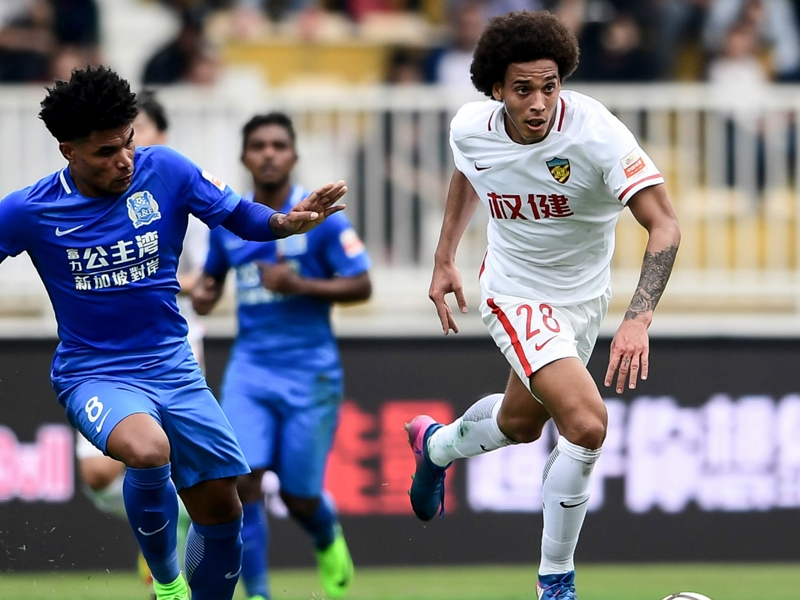 • Belgium coach Roberto Martínez says Hazard faces 10 to 15 days out• Chelsea play Crystal Palace and Manchester City on 1 and 5 AprilChelsea’s Eden Hazard will miss Belgium’s international matches this week owing to a calf injury, and faces a race to be fit for Chelsea’s next two Premier League matches against Crystal Palace and Manchester City.The 26-year-old forward sat out the 2-1 win at Stoke on Saturday, and Belgium coach Roberto Martinez revealed the midfielder will be on the sidelines for the next 10 to 15 days with a calf injury. Related: Liverpool and City ends all square as Arsenal collapse at West Brom – Football Weekly Continue reading... 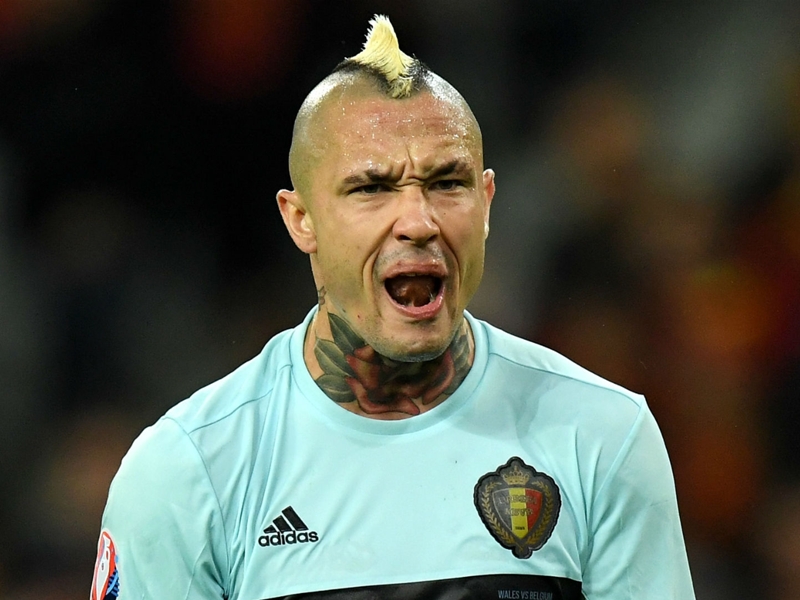 After missing the last four matches and disagreeing with manager Roberto Martinez, the midfielder is back in the Red Devils squad

• Belgium international expected to earn around £17m a year• Witsel will link up with Tianjin Quanjian manager Fabio CannavaroZenit St Petersburg have confirmed Axel Witsel is to join Tianjin Quanjian in the latest high-profile acquisition by a Chinese Super League side.The Belgium international will link up with the newly-promoted side managed by former Italy captain Fabio Cannavaro for the new season after rejecting the opportunity to join Juventus. Witsel, whose contract with Zenit was due to expire at the end of this season, is expected to sign a five-year deal worth a reported €20m (£17m) a year. Related: Transfer window January 2017: all the latest moves and news – interactive Continue reading...